The Black Song Inside

The Black Song Inside
by Carlyle Clark 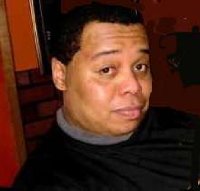 Author Bio:
Carlyle Clark was raised in Poway, a city just north of San Diego, but is now a proud Chicagolander working in the field of Corporate Security and writing crime fiction and fantasy. He has flailed ineffectually at performing the writers' requisite myriad of random jobs: pizza deliverer, curb address painter, sweatshop laborer, day laborer, night laborer, twilight laborer (of the fang-less variety), security guard, campus police, Gallup pollster, medical courier, vehicle procurer, and signature-for-petitions-getter.
He is a happily married man with two cats and a dog. He is also a martial arts enthusiast and a CrossFit endurer who enjoys fishing, sports, movies, TV series with continuing storylines, and of course, reading. Most inconsequentially, he holds the unrecognized distinction of being one of the few people in the world who have been paid to watch concrete dry in the dark. Tragically, that is a true statement.
Author Links:
http://carlyleclark.wordpress.com/ 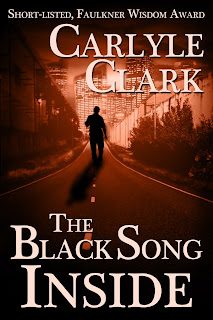 Shortlisted for the2012 Faulkner-Wisdom Award
Newly engaged private investigators Atticus Wynn and Rosemary Sanchez have seen the dark and violent side of life. Atticus's dry wit is born of a traumatic childhood that's left him emotionally scarred and estranged from his homicide detective sister. The medals Rosemary earned during her tour of duty in Iraq are little reward for returning home to San Diego missing a leg and tormented by PTSD and her continuing failure to save her younger brother from his own violent nature. Still, nothing they've been through has prepared them for an explosive murder investigation that tests the couple's trust as they struggle to solve a case where the best result leaves them in prison or dead. Atticus's manipulative and gorgeous ex-girlfriend, Claire, bursts back into their lives wielding a secret about Rosemary's family that she exploits to force the couple into investigating the execution-style slaying of her lover. The case thrusts Atticus and Rosemary headlong into the world of human trafficking and drug smuggling as well as rendering them pawns in Tijuana Cartel captain Armando Villanueva's bloody bid to take over the Cartel. Villanueva Machiavellian scheme sends one of his minions, Rosemary's own gangsta brother, after Atticus, and as if that weren't bad enough, Villanueva dispatches "The Priest", a former child soldier for a Colombian rebel group who is now a messianic mercenary whose religious psychosis has launched him on a trajectory that can only end in mayhem. The Black Song Inside is a vivid crime thriller rife with the murder and madness, melded with gallows humor and the heroism of two flawed protagonists who, in struggling to unravel a skein of human suffering, learn the nature of redemption and the ability to forgive others and themselves.

Meadows shoved the door open and marched in with a man he introduced as Detective Morales, his partner. Morales stood behind Meadows, thumbs hooked in his belt, and smiled vaguely at Atticus. He seemed to be trying for harmless, but stocky and clad in a bright-banded shirt, his dark-skinned face spattered with nodules and pockmarked, black-pebble eyes measuringly cold, and a bald head, he looked like a Gila monster eyeing a wounded rabbit. Meadows sat at the head of the table and plunked down a tape recorder. “We’re going to play a 911 call. Please tell us if you recognize the voice of the caller or have any idea what she’s talking about.” Atticus nodded, suspecting the real reason they wanted to play it for him without a hint of what it was about was to keep him from having the chance to guard his reaction. That didn’t worry him. His childhood had trained him to hide his feelings well. The question was how was he going to glean more information than he gave? “9-1-1, what’s your emergency?” the dispatcher said. “There’s a girl,” a woman said, choking back tears. “She needs help.” “Is she there with you?” “No, no, oh God help me. I left her out there.” “Left her where, ma’am?” “In the desert. She was dying and I...I just left her there. You have to understand! She was already dying. There was nothing I could have done. It was hours ago. She’s dead by now anyway.” Meadows leaned toward Atticus. Morales seemed to stop breathing, but who can tell with a Gila monster? Then came the sound of five quick thwacks that sounded like the receiver was being banged against something while the woman repeated, “fuck” over and over. “Listen, ma’am,” the dispatcher said, “you need to calm down and tell me who you are, where you are, and where the girl is. We can send people to give you whatever help you need.” The woman was suddenly back, her voice tight and venomous. “You can send me whatever help I need? That’s so wonderful. Can you send someone who can tell me how to get my soul back?” “Ma’am, I—” “It’s a very simple fucking question! Can you send me someone who can help me get my fucking soul back, or can’t you?” “Ma’am, you need to calm—” “GOD HELP ME!” the woman shrieked. There was banging again, but this sounded different, not something hard against something hard, but soft against hard. The woman’s crying grew fainter, along with the sound of footsteps walking away, and then came the roar of a car engine and the squeal of tires. The tape ended. “What was that at the end there?” Atticus asked. He hadn’t recognized the voice or had a clue what was going on, which was good, for him at least. For that woman and that girl, the moon was closer than good. Morales and Meadows glanced at each other. Morales shrugged. Meadows said, “She was calling from one of those three-quarter phone booths. We’ve got a witness who said she went crazy at the end, banging the plastic with her fists, palms, elbows, her head, everything. Then she staggered away crying, got into a car, and drove away.” “Was she alone?” “Yes.” “Do you know what girl she was talking about?” “The question is, Atticus, do you?” “Not a clue.” “When was the last time you saw Clarice Rousseau?” Atticus blinked, paused, blurted too late, “About two hours ago.” Morales tilted his head, his brow furrowing, a caricature of confusion. Meadows leaned forward and said, “Took you awhile to remember. Weird, isn’t it?” So much for not giving anything away, Atticus thought.