All about Book Clubs

First, I would like to thank everyone who donated to helping me bury my grandmother. It was a very trying time but with your help it was possible.

Now on to the advise for my fellow authors. A great way to promote your work is getting it in the hands of a book club. Book clubs can have anywhere from five up to hundreds of members, especially with the online clubs. These are all members who must purchase and read your book in order to discuss it within a certain time frame. Do you see where I am going with this one? Guaranteed sales.

For me book clubs are a better gamble than hoping and praying someone will pick it up and buy it off the bookshelf. Not that you shouldn't have your book in a book store but if you have forgotten please refer to my earlier post about book stores. For all the effort it takes to push a book at a book store I would recommend putting the energy into a guaranteed sale.

If you don't already have book clubs listed as your friend on FaceBook or following any on Twitter then shame on you. Book clubs are readers, right? So go befriend them. Once you do please resit the urge to bombard their wall promoting your work. Use a bit of self control and simply say hello and thanks for the add. Then, try commenting on some of there updates. Let them see your name a few times and then inbox them a nice introductory to your novel. Do not, I repeat,  Do not inbox them along with other people. It's just plane ole rude. Who wants to be on a list with hundreds of other people only to be stuck getting responses from everyone? Not me. Also, pay attention to when they are looking for new books. Some post that as well.

Your book may or may not be accepted. No big deal. Don't don't reply with a hateful response. This could kill your opportunity for the future. This should be common sense but unfortunately I have come up against so many rude and obnoxious authors it will make your head spin. People do not have to buy your book so get over it! For every person who doesn't just think there are some who will. You know how many times someone has told me they are not a reader but have recommended my books to someone else? Hundreds. So don't shoot yourself and kill an opportunity.

Now, if you are selected. Jump for joy and then take it a step further and ask them if they would like to have you conference call or Skype with them. Readers love interaction and how awesome is it to say you read a book and talked with the author about it? I did a conference the other day for Rise and Fall of Track Star with and and it was amazing. It was great interacting with my readers and seeing how they personally felt about certain characters.

So if you are willing to try something new to garner sales then book clubs may be the way for you.

Omegia Keeys
Posted by Me at 9:40 AM No comments:

In Times of Need

With the recent death of my grandmother Alice "Bigma" Orr our family was hit a big surprise. Bigma said she had life insurance and indeed she did, a policy dating back to 1977 that is only worth $2000 today. Unfortunately the actually beneficiary passed away two years prior. Not  only was the money not enough but now it is not even available to use for the funeral.

My family is humbly asking for donations of any size. Any amount will help. It can be $3 if that's all you have to give. By nature I am a giver and am always doing for others even when I had barely enough for myself. It was passed down to me from my Bigma, to my mother and then on to me. My grandmother not only provided for her 20, yes I said 20 kids but for any other child in need until her last breath.

Please help. And, if you have anyone elderly in your family please make sure you do not only assume they have a policy but ask to see it. Make sure it is up to date and if they are sick make sure the premiums are still being paid. If it lapses you will not receive a dime. 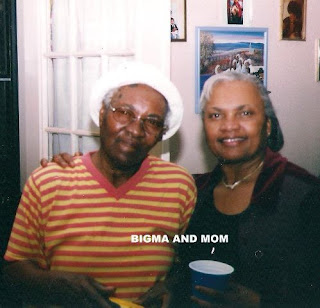 Author Bio
Cesar has a very experienced background in the spiritual world. He was brought up in a Christian family, but branched out from that base as he got older, seeking answers about the world around him, and the spiritual world around him.  In his mid-twenties dramatic events occurred in his life which challenged his very existence, but he learned from these experienced and most of learned that how that life is not just in our own hands.  Now Cesar is a firm believer that everyone has their own path to walk in life, and part of that walk is all about the choices that you make. Some people choose a good life and some a wicked life, but most of us live the life in the middle, influenced by the world around us and our own upbringing, Cesar understands that life is simply not black and white.
Self Publishing
I think that the whole area of publishing will be changing dramatically over the next few years, a slow move away from traditional publishers and with my Book of Prophecies I chose to self-publish.  The traditional route would be to send off manuscripts to find a publisher, however, this process can be costly and time consuming and can also be very tough when you face letters of rejection.  However, I chose self-publishing only because of the time restraints which would be obvious by the content of my book, a book will not sell after all the things it foretells have come true!
There are many hurdles when you chose to self-publish however, you have to do a lot of work yourself concerning the editing and cover design but this can be an enjoyable process too.  Another issue would be how to promote your book, and I have found the single most influential thing to be joining online networks to talk with other authors.  Here you can pick up tips on writing, tips on editing and marketing and even people who might be interested in looking over your work to review it.
But the simple fact is that traditional publishers hugely control book stores and self-published books can only really hope to make a market on the online bookstores.  Yet as we move from paper books to ebook readers, there will also be a change in the control of publishing.  You can see it happening already, for example Amazon, a huge online book seller now offers publishing deals to writers and offers a free option for new writers to publish their books.  When I consider how more and more music stores disappear from shopping centers because of customers now buying online, the same will eventually happen to book stores.  I have to admit though that I will always prefer a paper book! 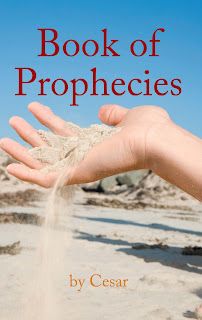 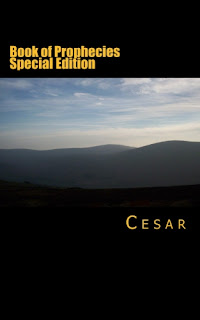 Up Close with Cesar
1.                  What inspires you as a writer?
I have to say that there have always been two things that have influenced my writing, the first being life experience, the relationships and failures and achievements that we all face, the second big influence has been dreams, for this book it is solely reliant upon dreams but even when I write fiction stories, part of it will have been influenced by a dream I had, I think dreams can be a resource of ideas and of truths.
2.  When did you have that ah ha moment when you knew you were a writer?
I think that even now my mind struggles to take in the fact that I have written a book, sometimes it feels like an alternative universe, but in the same sense I am still proud of myself that I managed to complete a book, and not only that, but a book that readers are enjoying.
3.  What is your writing process?
My writing process for this book was very strange, it involved a lot of meditation and a lot of study as regards dream interpretation, but it was something that I very much enjoyed and hopefully I will get the chance again to write a further book on the subject.
4.  Tell us about your favorite character and why you chose to write about them?
Well that's the thing about  my Book of Prophecies, it has no characters as such because its a brand new collection of prophecies which no one has examined or studied before, but instead of characters you will find cryptic messages and images that have a depth of secrets of the future ahead.
5.  What are you currently working on?
Well I have another two books which are nearing completion, one is a book of poetry and the other is a YA fiction which could be described as a mix between Harry Potter and the Da Vinci Code.
6.  Any upcoming events?
Yes there are number of events that are ongoing including reviews interviews and giveaways, the best place to follow the events would be through my website http://www.cesarprophecies.com
7.  If you could be anyone you like, who would you be?
That's a tough question as I'm content at being just myself, so I think I will chose a character that’s fictional, Frodo out of Lord of the Rings.
8.  Do you have any advice for new writers and something that a seasoned vet can learn?
Well I remember the day that I started to write, I had put off writing for many years although I always wanted to write a book at some point in my life, and so, I would say to any new writer to have faith in themselves and to keep at it, and to any who hasn't started yet, stop putting it off and get writing!!
9.   Where can your followers find you?
They can find me at my website above, also at my blog > cesarprophecies2012.blogspot.com or alternatively follow me on twitter @cesarprophecies
10.              Any last words?
Yes I would like to thank you for the opportunity for the interview.

Email ThisBlogThis!Share to TwitterShare to FacebookShare to Pinterest
Labels: Book of Prophecies, Cesar, Self Publishing