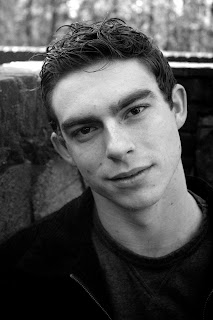 Zackery Alexander Humphreys is a Novelist, Actor and Poet who occasionally dabbles in Screen Writing and Play Writing. 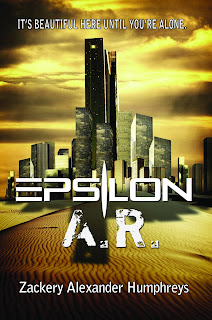 Hundreds of years into the future, mankind has gone under ground to relocate to the beautiful city of Epsilon. Epsilon is run by a strong, secretive government that keeps its citizens in check by subtle manipulation and strict schedules. No one questions its authority and no one is unhappy. ALN-896, an average man who is just trying to live a normal life, begins to have dreams; something strange and rare in Epsilon. In his dreams, he meets a man named Harry and everything is fine- until Harry dies. When ALN-896 wakes up, he shrugs it off as if nothing has happened. It was only a dream. But then the next day, he is suddenly arrested and sent to prison for killing Harry, whom ALN-896 assumed was just a figment of his imagination. Now inside prison, ALN-896 begins to learn about everything the government of Epsilon has been doing and he plans on escaping. Not only from prison, but from Epsilon. This one decision turns him against everything he has ever known and forces him to face against centuries of lies. To escape means to live. But what will it cost?

A black-and-white tie...
----
Thoughts froze within his mind. Spit bubbled through his pursed lips.
ALN-896 finally managed to pull away from the exposed wire. He fell to the ground and wiped away the spit dribbling down his cheek. His heart raced, and sweat poured down his body.
That was the most painful sensation he had ever experienced.
I never should have grabbed that wire...
ALN-896 stood up slowly and looked around. No one saw what had just happened. He was alone on the desolate stretch of Simov Street.
Fortunately, I did not get hurt.
Instead of continuing, he decided to get back into his car and let a nice cup of tea calm him.
From the center console of the car, green tea was automatically dispensed into a cup. He let the liquid slide down his throat, easing every muscle that had tensed. He melted into his plush seat as he let his mind come to a halt. Then the silence was interrupted by a robotic voice. “ALN- 896, your vitals are irregular. Is everything all right?”
“Everything is fine. I went to inspect one of the house's trashcans as I was instructed to, but I noticed an exposed wire on the ground. I went to cover it back up when it...”
ALN-896 wasn't quite sure what had actually happened when he touched the wire. He hadn’t been electrocuted, but something strange had occurred. The only thing he could get out of the experience was that he had seen a black-and-white tie floating in the darkness behind his closed eyelids. Nothing surrounded it, but he knew it had been attached to a body. One he hadn’t been able see, but one he knew existed somewhere within the black.
Irrelevant.
“When it...,” ALN-896 stumbled. “When it shocked me,” he lied.
“Your job still needs to be completed. You still need to inspect the trashcans for Monday's workday. After your tea, you need to continue.”
“Yes, I understand.”


Up Close with Zachery


What inspires you as a writer?
Inspiration is a huge deal with me. I am a very dedicated person which can work both, with or against me. I can be very dedicated to finishing something, such as a Three-legged-race, or I can be very dedicated to lying on a couch munching on candy bars. Because of this, in order to get me up from the couch, I need a spark of some kind. Inspiration. What is my consistent inspiration? I don't know. What I do know now, though, is that I am constantly driven forward by you. My fans. Before you my constant inspiration, I think, was dedication to finishing the product (AKA stubbornness).
When did you have that ah ha moment when you knew you were a writer?
I've always considered myself a creative person but never a writer until recently (I always did badly on essays). The first ah ha! moment for me must have been when I finished my first sonnet in iambic pentameter. Take that Shakespeare!
Tell us about your favorite character and why you chose to write about them?
My favorite character, despite not being the main character, is actually INSN-3396 (Twitch). He is just kind of a great guy who got caught up in the wrong circumstances. He's genuine and someone I would really like to know (outside of my head).
What are you currently working on?
Oh boy, that's always a fun thing to think about. Other than various acting projects and side projects with writing, I am currently in the midst of finding an illustrator for my poetry-novel. I am also writing the sequel to Epsilon A.R.!
Any upcoming events?
I am still planning as many book signings as I can for Epsilon A.R. Right now, however, my life is a little more involved in my acting. I am currently in a production of A Streetcar Named Desire at my university.
If you could be anyone you like, who would you be?
Thought of putting a really mushy and romantic answer to this. Instead, I'll say Shakespeare. As a writer, how awesome would that be?!
Do you have any advice for new writers and something that a seasoned vet can learn?
Advice for the new writers: Keep at it. It's hard to get through the novel and even harder to get through the marketing and reviews afterward. Stay persistent. It'll pay off. I promise you kiddo.
Something for a seasoned vet: Garlic.
Where can your followers find you?
Social media is my home away from home. Two places you can find me best are
https://www.facebook.com/pages/Zackery-Alexander-Humphreys/370275879738503 (Facebook) and
https://twitter.com/Zhumphreys (Twitter)
Any last words?
Thank you for joining me on this interview. I hope you enjoyed yourself. If you didn't, why are you still reading?
Posted by Me at 4:00 AM 5 comments: