The Freedman and the Pharaoh's Staff
by Lane Heymont 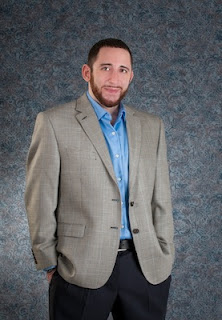 Lane Heymont was born in Pennsylvania. He earned a BA in Liberal Arts with a focus on literature and history. He also holds a double minor in psychology and business. After college, he turned his focus back to writing. Lane has several short stories published, one of which was recommended for the 2012 Bram Stoker Award in short fiction. 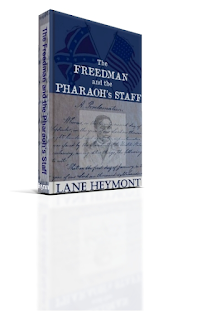 Jeb, a former slave, rescues his brother-in-law Crispus from the Ku Klux Klan, pulling him into a world of Creole Voodoo, hatred, time travel, and redemption. The two brothers-in-law set out to stop Verdiss and his Klan followers from using the Pharaoh's Staff, a magical artifact from ancient Egypt. Soon, Jeb and Crispus learn Verdiss’ diabolical plan and discover that he is working for an even more evil force. In the end Jeb and Crispus must stop the eradication of an entire people and each must find redemption for his own past sins.

Allenville flashed in Jeb’s head. Bodies burning, people tortured and brutalized in the streets. Somehow he felt the same thoughts in Fallon. The way his slender hand tightened around his when he’d said the word. He imagined hatred blistering inside the boy. Maybe the need for a father blinded him. Thank the Lawd–that ain’t the case no more…I hope.
“Jeb. Fallon. This way. I found a mambo a few blocks away on Laurel Street.” Crispus’s voice broke through the crowd.
“Come on!” Fallon pulled Jeb through the throng of people. Crispus’s voice always sounded just beyond them, amidst the night madness of Baton Rouge. “Wait!”
“Where’d he go?” Jeb tugged on Fallon’s hand, pushing aside a doughy man.
“He took a right down Nacadian Road. Wait, Crispus!” The hideous ensemble of vendors, farriers, knackers, and other merchants crying out their goods seemed to drown out the boy’s call.
One moment, mayhem wracked the market, the next it fell silent. Fallon stopped, so Jeb did. He couldn’t move, the herd seemed to stop stampeding. Footfalls echoed in the street. The crowd spread. Then came the heavy clacks of soldier’s boots on the flagstones. A band of men, too many to tell. But Jeb knew them by the procession’s cadence–Confederate soldiers. Men clad in gray uniforms marching through Baton Rouge. No doubt, they’d be Klansmen too. Shouts of jubilation spread like wildfire among the townspeople.
“Kill them carpetbaggers!” came a woman’s elegant voice.
“Long live the general!”
“The South shall rise again!” shouted a boy.
Jeb felt the panic in Fallon’s hand, his heartbeat racing as he pulled him away. “What general? I know that cadence like I know my field.” Jeb focused on dodging whatever lay in his way, stumbling over garbage and bumping into people.
Fallon stammered over his words, “Not–not–nothing. Nathan Bedford Forrest?” He gasped, tightening his grip on Jeb.
Somehow Jeb overcame his instincts, keeping his head bowed. Not daring to look up in fear that monster of a man would see him. Though blind, Jeb saw Forrest clad in the gray Confederate officer’s uniform, adorned with medals. He’d seen photos of him. Tall, in his fifties, a receding hairline and a curly mane of black hair. A well-kept goatee tinged gray like his uniform.
I can end it all. Fight through the crowd. A single shot to the head. To hell with being blind, I can do it. For a moment Jeb meant it, caressing his pistol. It’d be easy. Instead, he listened to the Ku Klux Klan founder, savior of the white race, and ender of Reconstruction, parade along the street. Celebrated by a throng of who knew how many people. They were closer now, close enough for Jeb to count them. Four guards following him. Plus Forrest, that’s five. Six shot pistol. Just enough for one miss. He gripped his pistol. It didn’t matter that the crowd loved Forrest, even cheered him on. Six rounds is enough. Jeb edged his pistol free from its holster.